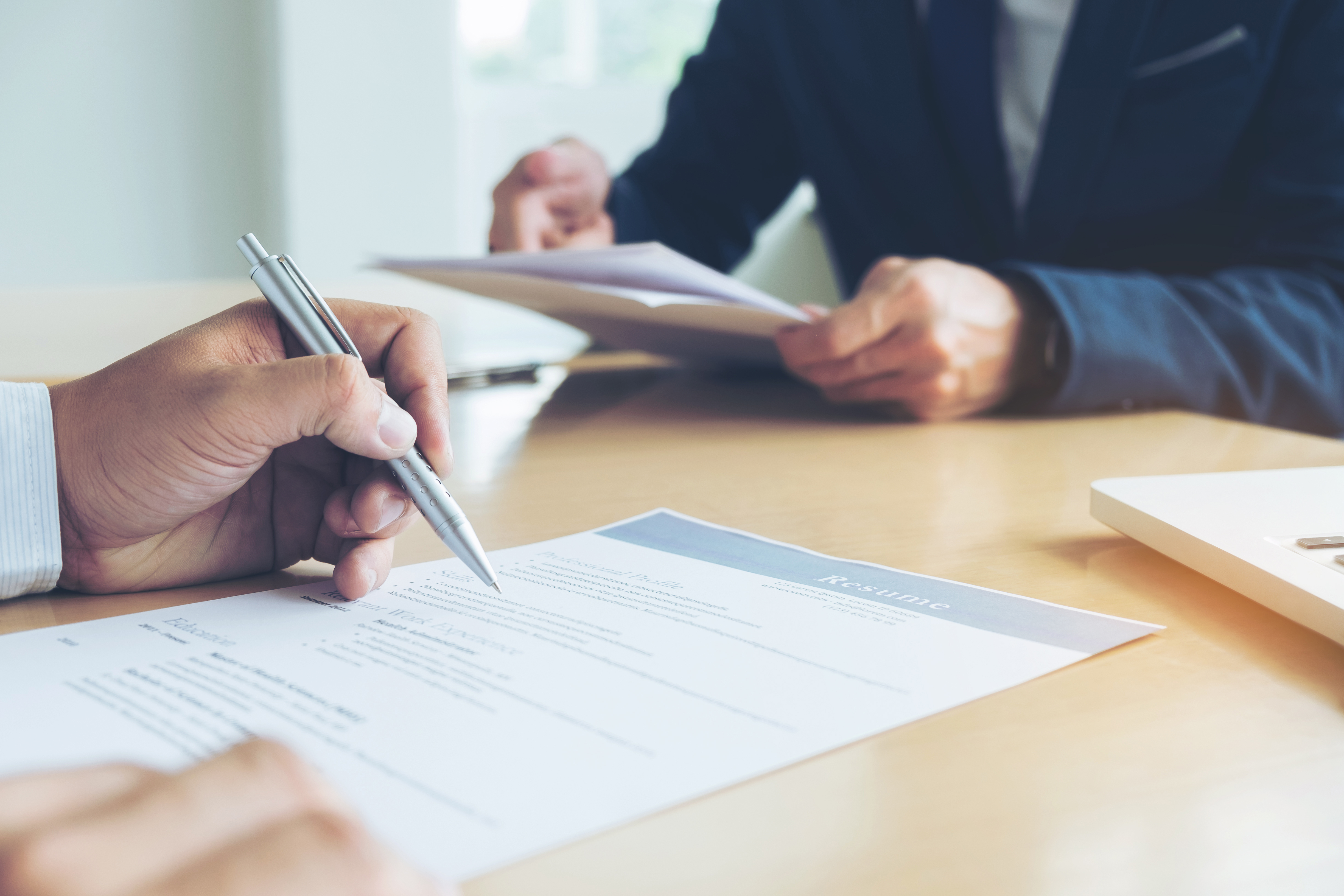 The Full Bench (the FB) of the Fair Work Commission (the FWC) heard the appeal of the decision of Commissioner Hunt at first instance, who determined that Mr Khayam was not “dismissed” within the meaning of section 386(1) of the Fair Work Act 2009 (Cth) (the FWA). The Commissioner’s decision was limited by the FB authority in Department of Justice v Lunn [2006] AIRC 756 (Lunn), a decision that was handed down in the context of the Workplace Relations Act 1996 (Cth) (the WRA) (subsequently repealed and replaced by the FWA). The Majority (Hatcher VP & Saunders C) made a finding that Lunn was decided incorrectly.

Colman DP agreed with the Majority that Lunn was decided incorrectly (although his reasoning differed on a number of points) and reached a different conclusion regarding section 386(2) of the FWA.

In accordance with the Majority judgment, the appeal was allowed and the matter referred back to Commissioner Hunt for redetermination on the point of whether Mr Khayam was “dismissed” within the meaning of section 386(1) of the FWA – unconstrained by the FB decision in Lunn.

Mr Khayam worked for Navitas English, initially as a casual employee from 2005 to 2012, before being placed on a series of fixed-term contracts, the last of which expired on 30 June 2016. Mr Khayam wished to enter into a further contract, however Navitas determined not to on the basis that his performance was below standard. The contract contained a clause allowing either party to terminate the contract upon giving 4 weeks’ notice (or 4 weeks’ pay in lieu of notice in the employer’s case).

Whilst expressing disapproval that an employee of 11 years could be terminated without having been given the opportunity to challenge, or to address the performance concerns of the employer, Commissioner Hunt (considering herself bound by the reasoning in Lunn) made a finding that there was no “termination at the initiative of the employer” required by section 386(1) of the FWA, as the employment contract instead expired due to the effluxion of time. As a result, her Honour found that Mr Khayam was not “dismissed” within the meaning of the FWA and so could not bring a case for unfair dismissal under section 385(a) of the FWA.

The employee in Lunn was employed in a Northern Territory government department on a series of fixed-term contracts. There were periods during her employment that were not covered by a fixed-term contract and at least one of the contracts was presented to the employee, but never signed by her.

The Majority in the current case expressed Lunn as standing for the following propositions, each of which they analysed in turn, in the context of relevant case law and the history of changes to the relevant provisions of the industrial relations legislation:

The Majority determined that each of these propositions was incorrect, or at least not a comprehensive statement of the law concerning the relevant provisions.

Contrary to the FB in Lunn, the Majority followed the decision in Mohazab v Dick Smith Electronics Pty Ltd [1995] IRCA 625 (Mohazab), finding that it was whether an act of the employer was the principal contributing factor that resulted in termination of the employment relationship that is the important enquiry. The Majority considered this important in the circumstances where the employee was subject to a series of time-limited contracts, as the proper analysis (depending on the facts) may require consideration of the circumstances of the entire employment relationship, not just the terms of the final contract.

The Majority held that it was incorrect for the FB in Lunn to take Victoria v The Commonwealth as authority for the above-stated proposition. They reasoned that the decision did not concern itself directly with the phrase “termination of employment at the initiative of the employer” (the relevant statutory phrase under the WRA in the Lunn judgment), but instead with sections 170DB-170DF of the Industrial Relations Act 1988 (Cth) (the IRA) (later renamed the WRA in 1996), which prohibited termination of employment in certain circumstances and on certain grounds. The Majority in the current case summarised the HCA’s “twofold reasoning” as follows:

In contrast, Lunn considered section 170CD(1) of the WRA, which contained the meaning of “dismissed” (now slightly rephrased under section 386(1) of the FWA) in the context of the exception that existed under section 170CBA(1)(a) for “an employee engaged under a contract of employment for a specified period of time” (now contained under section 386(2) of the FWA with an added element). The Majority determined that the conclusion that Lunn drew in relation to Victoria v The Commonwealth, that it was automatically applicable to the expression “termination of employment at the initiative of the employer”, could not be correct, for the reason that the twofold reasoning could not be automatically applied to section 170CD of the WRA, as the provision had to be analysed in the context of the exception.

Without considering the third and fourth propositions in Lunn (set out above) in detail, the Majority stated that the circumstances they had identified suggested that they do not give a correct, or at least a full statement of the law relevant to the WRA.

Their Honours stipulated that their conclusion was supported by Fisher v Edith Cowan University (1997) 72 IR 464 (Fisher). On their analysis, in that case the HCA considered circumstances in which termination of employment under a contract for a “specified period of time” on the date of expiry could nevertheless be “termination of employment at the initiative of the employer” and did not deem Victoria v The Commonwealth to stand for a contrary conclusion.

The Majority proceeded to conclude that the words of 386(1)(a) of the FWA, could be interpreted, “unconstrained” by Lunn.

Is jurisprudence concerning the industrial relations legislation, now replaced by the FWA, applicable to section 386(1) of the FWA?

The Majority answered this question in the affirmative, citing Mahony v White [2016] FCAFC160 (Mahony). The Full Court of the Federal Court of Australia reasoned in that decision, that despite the provision not retaining its precise grammatical arrangement, the decision in Mohazab remained relevant to the FWA.

Can the expiry of a time-limited contract fall within the meaning of dismissed under section 386(1) in some circumstances?

In furtherance of the above findings, the Majority determined that expiry of a time-limited contract can fall within the meaning of “dismissed” under section 386(1) of the FWA.

They proffered additional support for this conclusion by making the following points:

Qualification: Refusal to offer re-employment at the expiry of a time-limited contract does not of itself constitute termination at the initiative of the employer

In order to illustrate the earlier category of case, the Majority cited Griffin v Australian Postal Corporation (1998) 155 ALR 369. The case concerned a postal officer whose employment was covered by an award which stated that officers could be employed until the age of 65. Upon reaching the age of 65, the employee was terminated. The Majority in that case held that the contract expired through the operation of law, and the refusal of the employer to re-employ the employee was not termination at the initiative of the employer.

In relation to the latter category, the Majority cited D’Lima v Princess Margaret Hospital [1995] IRCA 407: the case concerned a hospital employee subject to a series of time-limited contracts. In that case, Marshall J concluded that the signing of the time-limited contracts was an “administrative convenience” and did not reflect the true nature of the employment relationship and that termination had occurred at the initiative of the employer.

The Majority held that the provision was to be interpreted in a manner consistent with the approach taken in Cooper v Darwin Rugby League Inc (1994) 57 IR 238 and Anderson v Umbakumba Community Council (1994) 126 ALR 121, that is, that a contract that contains a clearly defined start and end-date, yet gives the parties an unqualified right of termination (an outer-limit contract), is not a contract for a “specified period of time” and therefore does not fall within the exception under section 386(2) of the FWA.

The Majority proceeded to find that the contract between Mr Khayam and Navitas English was not a contract for a specified period of time, given it contained such an unqualified right for either party to terminate the contract.

Although Colman DP reached the same conclusion as the Majority on the point that Lunn had decided incorrectly that “termination of employment at the initiative of the employer” referred to termination of the contract of employment; unlike the Majority, he proceeded to make a determination under section 386(1) of the FWA for the current matter. In consideration of all the circumstances of the appeal, his Honour concluded that Mr Khayam’s contract expired as a result of the effluxion of time and not any action of or on the behalf of the employer.

Moreover, contrary to the Majority decision, Colman DP considered that where the employment of an employee ends upon the expiry of a time-limited contract, the employee is not dismissed within the meaning of section 386(1) of the FWA, regardless of whether the contract also includes a general termination clause, allowing termination prior to the expiry of the specified period.

Organisations should be aware that the use of time-limited (or fixed-term) contracts does not necessarily preclude an employee from seeking redress under the FWA, even in the case where the employment relationship ends upon the expiry of the time-limited contract and adjust their systems for engaging employees accordingly.