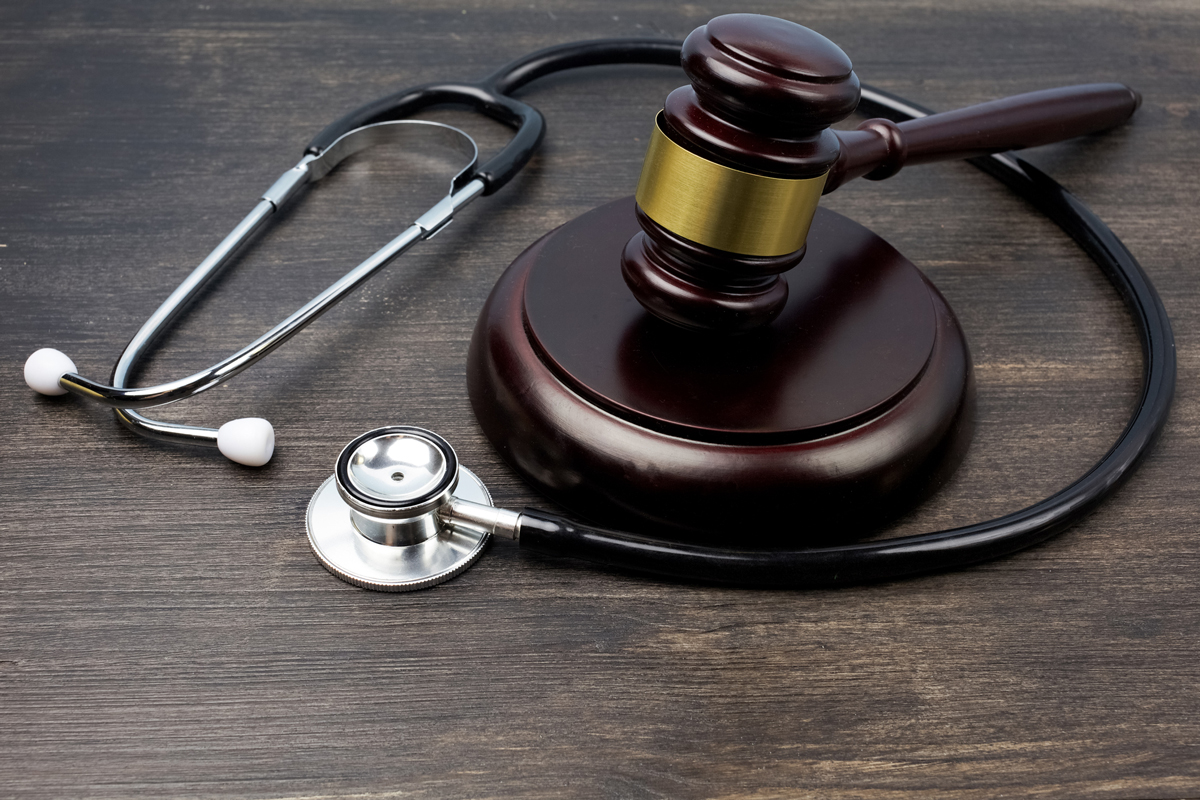 This case examines the provisions of the Health Practitioner Regulation National Law 2009 (NSW) (the National Law (NSW)), which concern suspension of or placing conditions on a practitioner’s registration to protect the public.

The Appellant was previously operating as a registered health practitioner in Grafton, New South Wales.

The Medical Council suspended the Appellant’s registration under section 150 of the National Law (NSW) after he was charged by the AFP and later Queensland Police with offences against the Criminal Code Act 1995 (Cth) and Criminal Code Act 1899 (Qld). These charges resulted from the Appellant’s role in harbouring and supporting a mother and her twin daughters in contravention of an order made by the Family Court of Australia, which had stated that the children were to live with their father.  The Medical Council based its decision on ‘public interest’ grounds under section 150 of the National Law (NSW), as discussed below.

The Appellant presented several arguments to the Tribunal as to why the decision to suspend his registration should be set aside. One such argument being that he had a duty of care to the children.

In raising this argument, the Appellant cited section 286 (Duty of person who has care of child) of the Criminal Code Act 1899 (Qld), under which a person has a duty, relevantly, to take reasonable precautions to avoid danger to a child’s life, health or safety.

The Appellant argued that he was complying with the law and his legal obligation as an adult human being to protect children from any form of abuse. He claimed that even if he did not have a legal obligation, at the very least, he had a moral obligation to do so. The Appellant believed that the children’s father had sexually abused them. He was told that those allegations had either not been believed, accepted, or acted upon by the Queensland Police, the Family Court of Australia and Queensland child protection agencies, so as to protect the children.

The Tribunal also acknowledged that the Appellant genuinely believed the children would be harmed by their father if they were returned to his care.

Even so, as discussed below, the Tribunal overall found it was in the public interest to suspend the Appellant’s registration.

The key argument made by the Medical Council, and the one accepted by the Tribunal, was that it had a duty was to assess the charges made against the Appellant in light of the public safety and public interests.

To support its reasoning, the Medical Council referred to the requirement found in section 150(1) of the National Law (NSW), which is as follows:

A Council must, if at any time it is satisfied it is appropriate to do so for the protection of the health or safety of any person or persons (whether or not a particular person or persons) or if satisfied the action is otherwise in the public interest:

•  by order suspend a registered health practitioner’s or student’s registration; or

In reaching its decision to uphold the suspension, the Tribunal reviewed the cases of the Medical Board of Australia v Liang Joo Leow [2019] VSC 532 (Leow) and Ghosh v Medical Council of New South Wales [2020] NSWCA 122 (Ghosh).

In the case of Leow, a medical practitioner had his registration suspended by the Medical Board after being charged by the Victorian Police with one count of rape and one count of sexual assault.

The Tribunal ultimately ruled that the decision reached in Leow did not apply to the situation at hand. In reaching this conclusion, the Tribunal noted that:

The Tribunal also commented on the difference between the comparable section of the Victorian version of the National Law to that in New South Wales. The Victorian section provides that a National Board may take immediate action in relation to a registered health practitioner if the National reasonably believes the action is otherwise in the public interest. The New South Wales version stipulates that the Medical Board must do so.

The Tribunal also considered the case of Ghosh.

In Ghosh, the Court of Appeal outlined the matters to be considered in hearings related to sections 150 of the National Law (NSW), with Justice Brereton ruling that the ultimate question that must be answered is:

…whether action under section 150 of the [National Law (NSW)] is to be taken; and if so what action – suspension, or imposition of appropriate conditions – is appropriate for the protection of the health or safety of any person or persons or in the public interest….

The Tribunal adopted the above words of Justice Brereton in Ghosh and turned to consider the arguments made by the parties, specifically those made by the Medical Council, to determine if the suspension was in the public interest and if it was appropriate.

In considering if the suspension was in the public interest, the Tribunal conceded that any decision or action taken under section 150 clearly must be measured by the potential seriousness of the situation presented to the Medical Council or Tribunal.

In the case before them, the Tribunal noted that the charges arose out of a circumstance that would disturb the ordinary citizens of Australia. The allegations against the Appellant are that he, with others, orchestrated the hiding of two children to evade the effect of orders of an Australian court.

The Tribunal found that the Appellants actions were a risk to the public (i.e. public interest) for several reasons, including those outlined below.

It was the Tribunal’s opinion that:

The Tribunal found that the Appellant’s actions undermine the notion of the rule of law and have flow on consequences for areas of law outside of family law, noting that:

Challenges to decisions of our courts must be taken through the processes which are available. To take action which is motivated to defeat the ruling of a court is such a challenge to our orderly existence that this Tribunal must treat the action as extremely serious.

To disregard the law and take steps to frustrate or defeat its purpose, moves a society into anarchy. Such is the case even if a citizen regards the ruling of a court of law as wrong.

In the end, the Tribunal found that the suspension of the Appellant’s registration as a medical practitioner was necessary in the public interest and should be imposed pursuant to section 150 of the National Law (NSW).

This case showcases the important role medical practitioners play in society and how they are expected to uphold certain standards and ideals, with failure to do so potentially resulting in serious outcomes like in this matter. Indeed, it appears that the Tribunal sought to use the Appellant’s matter as a means of deterrent and to “send a message to the practitioners of Australia” that actions, such as those taken by the Appellant, will not be tolerated, with the Tribunal stating that:

We conclude such action does have the potential to bring the medical profession into disrepute, if it is not clear to the public at large that the bodies that control the profession do not sanction that action.